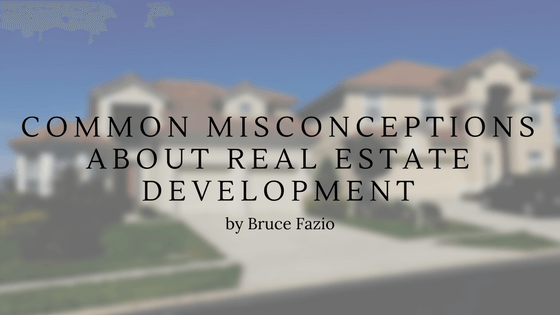 They Only Want Money

Very often, real estate developers receive negative depictions on TV and in film as selfish and uninterested in the impact that their work can have on people. They are only interested in making a profit. Unfortunately, those who fortify this misconception just overshadow the vast amount of developers who care otherwise. In fact, what most people don’t recognize is that many real estate business actively support the communities where they work in a variety of ways. Some companies will sponsor youth leagues or even charity events.

They Don’t Care About Creativity

Due to the presence of architects and designers who focus primarily on the image and appearance of a building, the common misconception is that real estate developers do not appreciate the design that goes with building a property. However, these two roles go hand in hand, especially with the growth of urban planning and sustainable development.

They Are Against Technology

Technology is continually evolving and affecting many industries. The real estate industry is no different. Short-term rental apps like Airbnb throws a wrench in the real estate development world, causing people to paint developers as opposers who seek to keep these digital tools out of the industry. On the contrary, developers recognize the power that technology brings to modernize and improve the services provided. Utilizing digital tools allows developers to efficiently run the property renting process and operate with advantages offered by real-time information.